Hi everyone,
Here I am.

As you know, there were changes in my life a short time ago. I started my PhD education on the 5th of May 2021 at the University of Groningen and moved to Groningen to carry out my studies. In this period, I did not have any chance to upload a lot of topics and updates about Audiology. From now on, I’ll try to be more active and also share my experience.

As a first step, I’d like to share information about my supervisors, Deniz Başkent, Thomas Koelewijn and our lab (dB SPL). 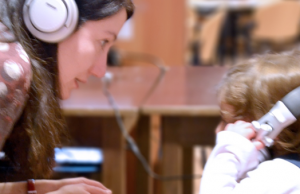 Born and raised in Turkey, Başkent trained as an electrical engineer, obtaining undergraduate and MS degrees in electrical engineering (emphasis on robotics) at Bilkent University in Ankara. Başkent then moved to Los Angeles, CA, where she obtained a PhD in Biomedical Engineering from the University of Southern California in 2003 for her work on “Speech recognition under conditions of frequency-place compression and expansion”, under supervision of Robert V. Shannon at the House Ear Institute in Los Angeles, CA. She then obtained a NOHR Grant to fund a postdoc position in the same lab until the end of 2004. Moving from Los Angeles to the Bay Area, Başkent took a position as Research Scientist at the Starkey Research Center in Berkeley.

In 2009, Başkent moved to the Netherlands after obtaining a Rosalind Franklin Fellowship at the Department of Otorhinolaryngology of Groningen University Medical Centre. There, she founded the dB SPL (Deniz Başkent Speech Perception Lab) research group. Başkent received a Vidi grant from the Netherlands Organisation for Scientific Research in 2010 and a Vici grant from the same organization in 2017. She was promoted full professor in 2014. Başkent became a Fellow of the Acoustical Society of America in 2017.

Başkent’s principal research area focuses on speech perception with cochlear implants and hearing impairment. Her approach is largely multidisciplinary, combining psychoacoustics, psycholinguistics and biomedical engineering. Between 2010 and 2016, she has published numerous studies on phonemic restoration and interrupted a speech in listeners with hearing impairment.

For more information and references, please visit the website.

Thomas joined the dB SPL group in 2019, where he investigates difficulties in voice identification, often experienced by cochlear implant users. He is interested in how low, and high-level language processing interacts during voice/speech perception and how this affects listening effort. After his PhD (2009) on cross-modal spatial attention, he worked as a researcher at the department of Ear & Hearing at the Amsterdam UMC. He worked on three projects (two financed by personal grants) that validated Pupillometry as a tool for measuring listening effort and investigated how cognitive processes like working memory, attention, and motivation affect the pupil dilation response during effortful listening. During these projects, Thomas collaborated with researchers in Boston, Linköping, Snekkersten, and Montreal. He co-organized a biyearly workshop on the application of Pupillometry in hearing science to assess listening effort. 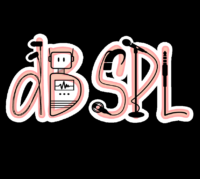 dB SPL Lab members are fascinated with all aspects of human perception, the door to the outside world, which keeps us aware and connected with everything else around us.
While the lab originally started with Deniz Başkent’s specialization in hearing and speech perception, focusing on hearing impairment and cochlear implants, now with joining lab members dB SPL and the sub-lab Aurora, have grown to include many more exciting topics, such as voice perception, vocal emotion perception, music training, robotics, and also expanded to a range of participant groups such as children, early deafened late implanted implant users, and a range of experimental methods, such as eye-tracking.